In our school, as the part of the activities to motivate students, we listen to speeches by great scientists who are international entrepreneurs. Our students will be able to learn from outstanding lecturers and develop their spirit and scientific knowledge. 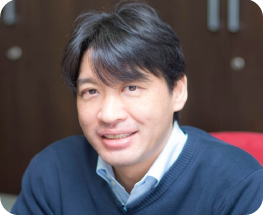 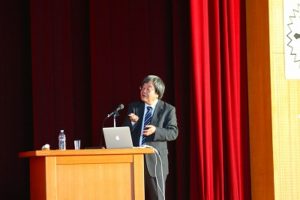 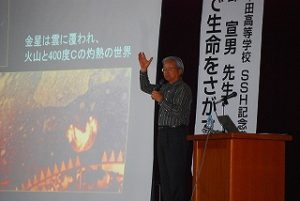 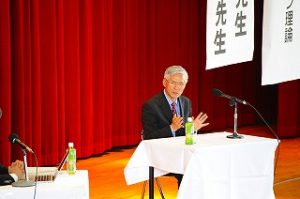 2013 entrepreneurship lecture
Title : To be a scientist!
Prof. Toshihide Masukawa
In the 1970’s, with Makoto Kobayashi he developed the Kobayashi-Masukawa theory which predicted the 5th and 6th quarks, the existence of which was not generally believed at the time. But it wasn’t until 2000 that the 6th quark (top quark) was actually discovered. 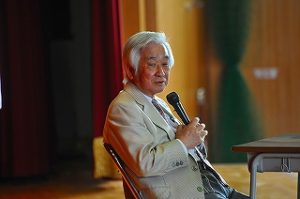